Throughout World War II, HMAS Castlemaine and her crew travelled some 117,000 miles (216,000 kilometres), circumnavigating Australia and enduring the constant threat of sea and air attacks. 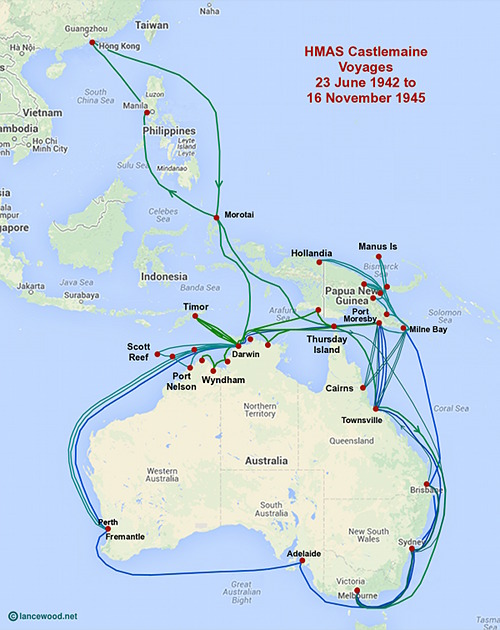 The Bathurst class corvettes were designed in Australia, with an emphasis on minesweeping and escort capabilities however their wartime tasks were extended to include ferrying supplies and troops, search and rescue, evacuation and shore bombardment. Their range varied between 2500-3000 nautical miles, depending upon time out of dock, but it provided them with sufficient endurance to patrol the long Australian coastline and around New Guinea.

Their draught of about nine feet (2.5 metres) enabled them to be used inshore as well as in the wider ocean. They were armed with a single four inch gun which could fire a range of specialised ammunition against aircraft and surface targets; anti-aircraft guns, depth charge racks and depth charge throwers.

See Gallery for images of life on HMAS Castlemaine, and more wartime maps and activities in War History. Click map for larger version.

The class was officially designated “Australian Minesweepers” (AMS) but were commonly referred to as corvettes. Altogether, sixty ships of the class were built in eight separate Australian shipyards.

Four were built for service with the Royal Indian Navy; thirty-six, including HMAS Castlemaine, for the Royal Australian Navy and twenty for the British Admiralty. The latter, however, were commissioned and crewed by the Royal Australian Navy. The crew, initially seventy, was expanded to nearly one hundred by war’s end as extra detection equipment and anti-aircraft guns were added.

It is appropriate that she is berthed in perpetuity at Williamstown, where she was laid down and subsequently launched on the 7th of August 1941 by Mrs. R. G. Menzies, the wife of the then Prime Minister. Her engines were built by Thompsons Engineering Works, Castlemaine. Her boilers were built at Cockatoo Island Dockyard, Sydney. 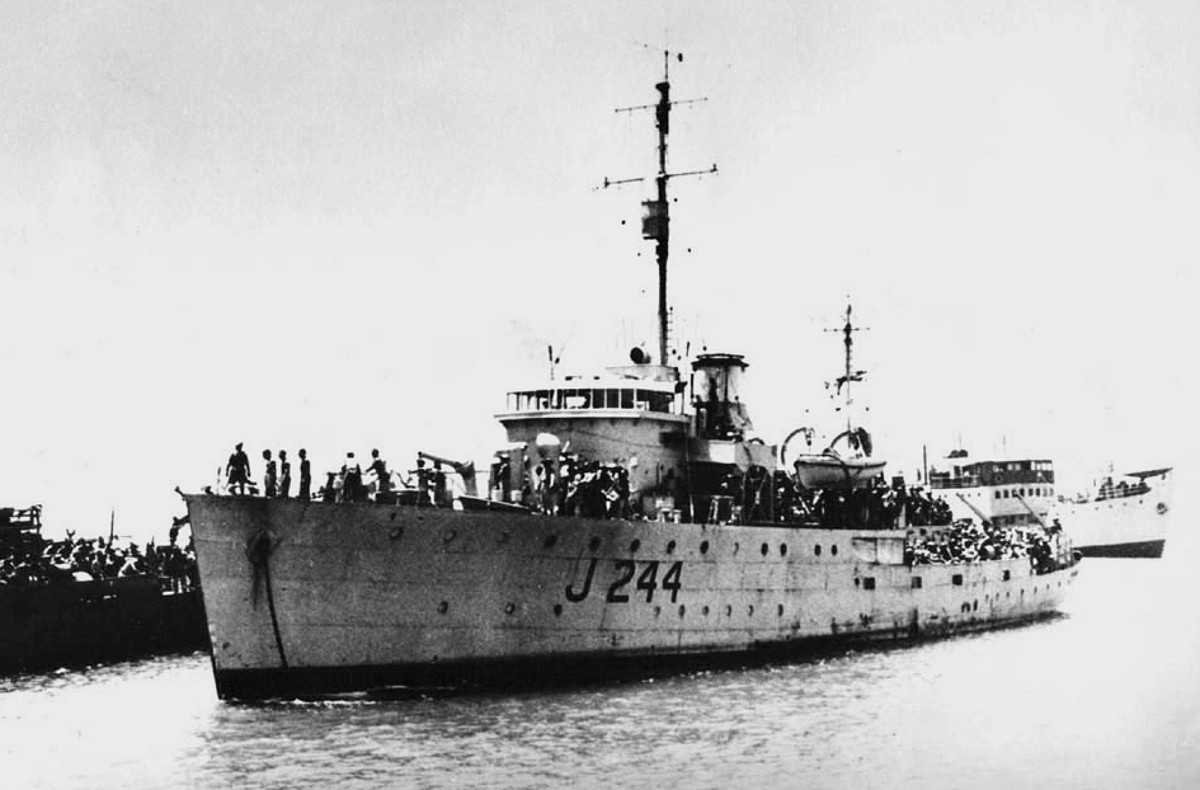 Throughout her service she suffered minor damage due to enemy action; she was involved in a collision with a ferry in Sydney Harbour and was grounded off the coast of Arnhem Land. In December 1942 she was part of a force ordered to transport troops from Darwin to Japanese-occupied Timor and evacuate Portuguese women and children back to Darwin. The ships were attacked by Japanese aircraft, and HMAS Armidale, a sister ship, was sunk with the loss of one hundred lives.
This section details the operation of the ship including her service history, navigation, radar and command, armament, overall specifications, minesweeping array and techniques, signalling rigs and the onboard museum. All the colour images depict HMAS Castlemaine as visitors can themselves experience her.