Castlemaine has had three dockings since the ship was gifted to the Maritime Trust. The photographs that follow are from the 2015 docking in the Alfred Graving Dock at the BAE System shipyard at Williamstown.

This dock has been part of Castlemaine’s life for a long time. The ship was docked during the original build and there have been three further dockings since build. Construction of the dock began in 1864 and was not completed until 1874. It is named after Prince Alfred (Queen Victoria’s fourth child), who was on a goodwill visit to the colonies and laid the foundation stone on 4 January 1868.

The Alfred Graving Dock has been in unbroken service until 2015. The docking of Castlemaine in 2015 by BAE Systems is likely to be the last of any ship. When Castlemaine was docked, the line of water along the stones when the dock was flooded was perfectly level. After 150 years, the blue-stone blocks from which it was constructed have not moved an inch! The Alfred Graving Dock stands as a triumph of Nineteenth Century industrial architecture, engineering and craftsmanship, and is recognised as such by its heritage listing. 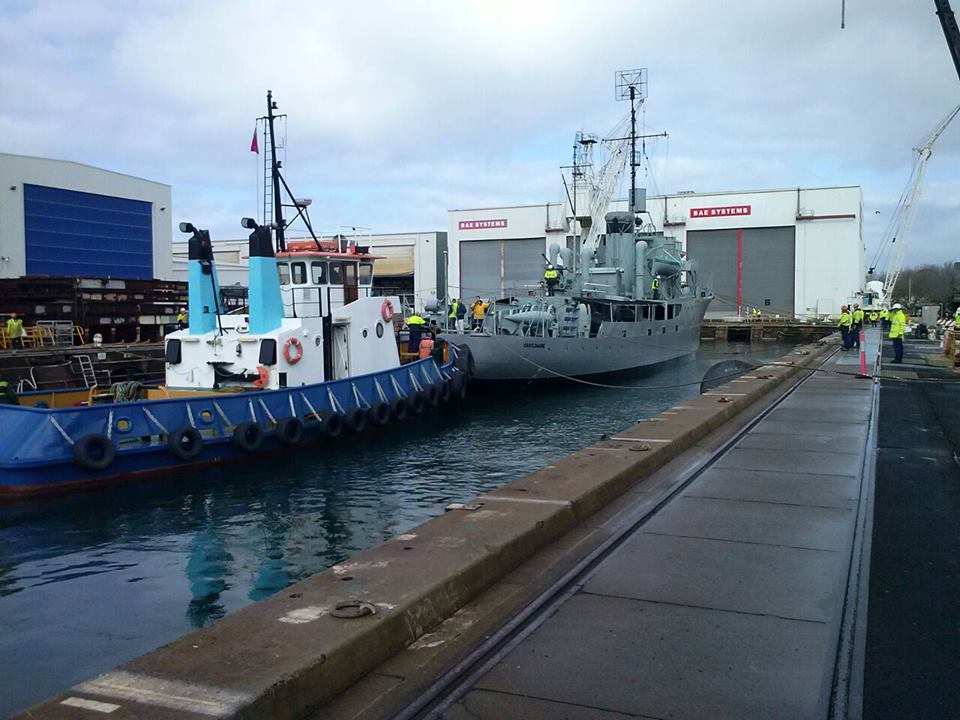 Castlemaine being positioned in the graving dock. The blocks that the ship will settle on are in place on the floor of the dock. Once the ship is ready the caisson is positioned and then sunk into the dock gate, and the dock is then pumped out

On the blocks, shoring in place and ready for the big clean 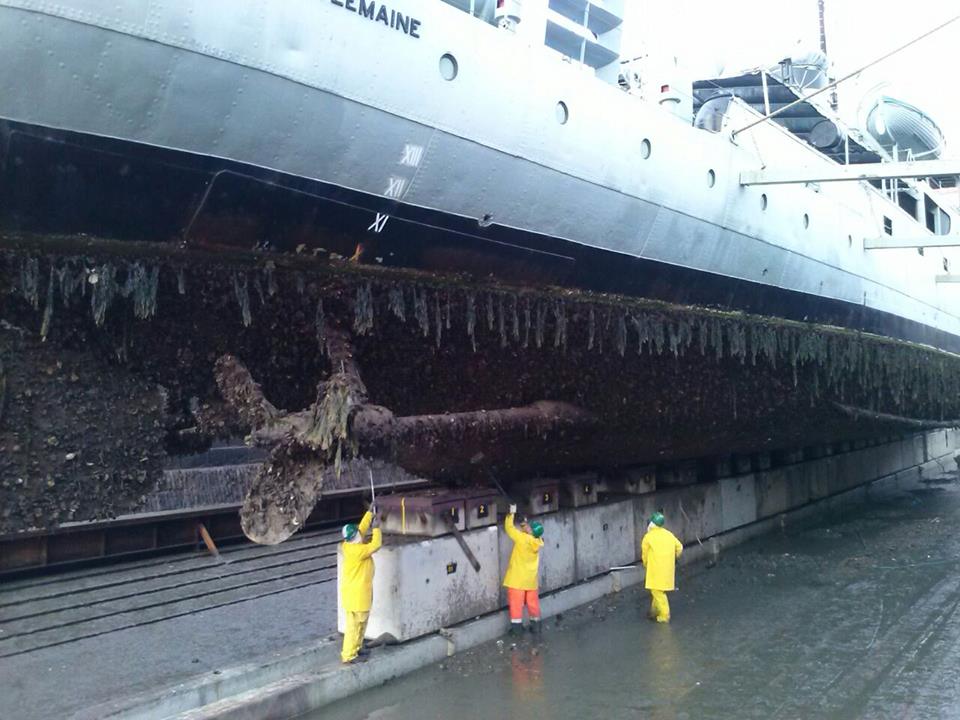 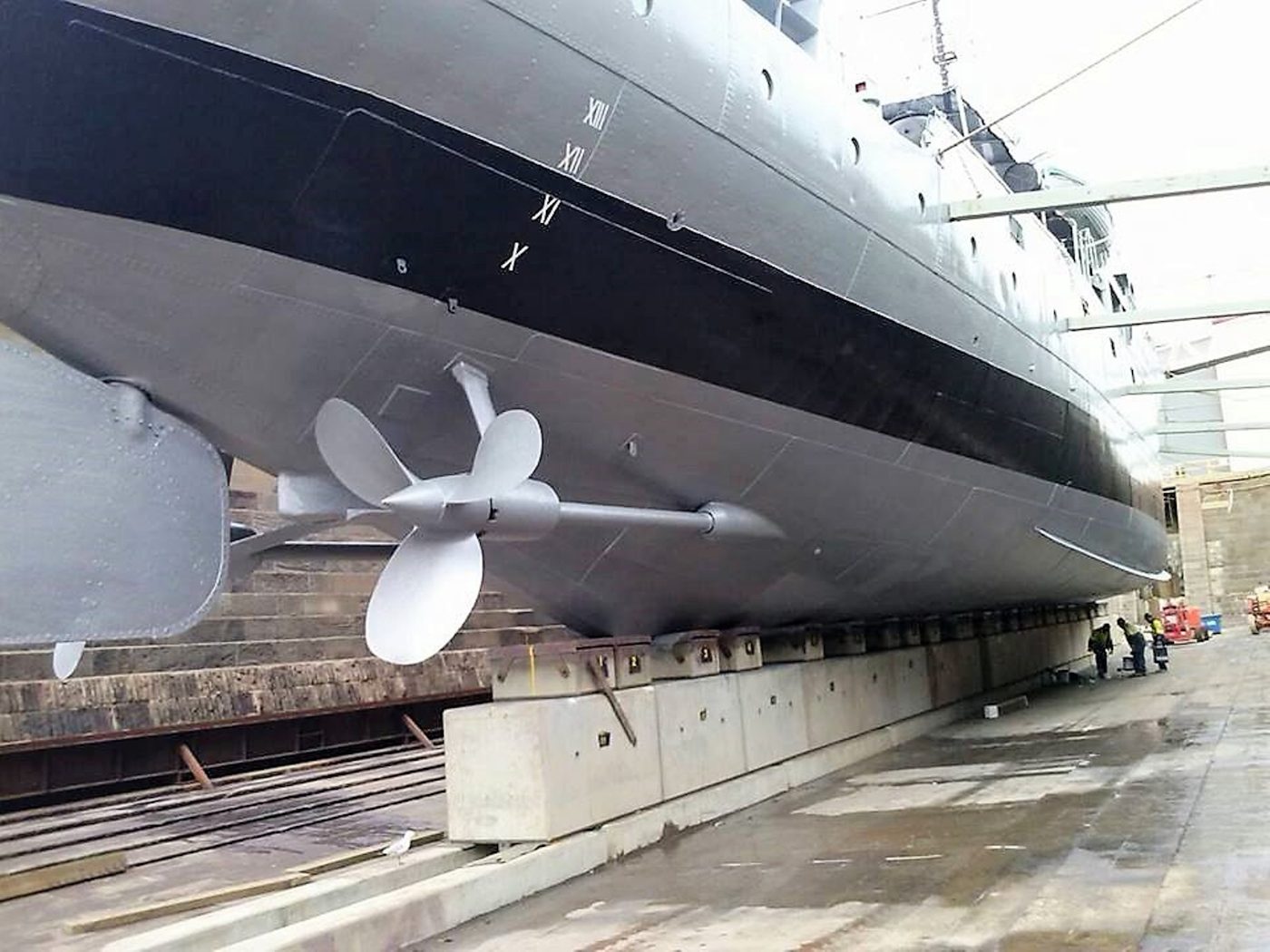 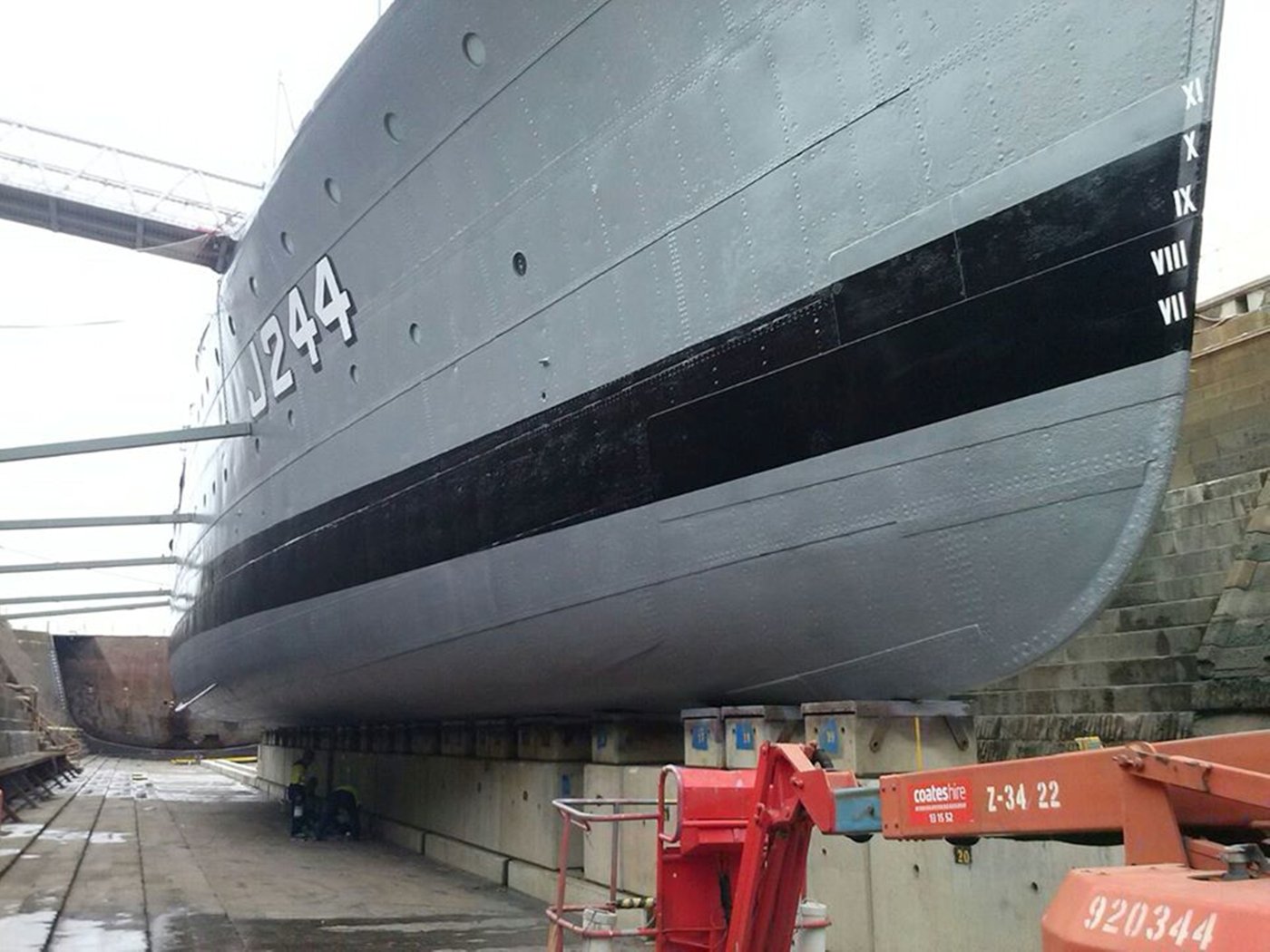 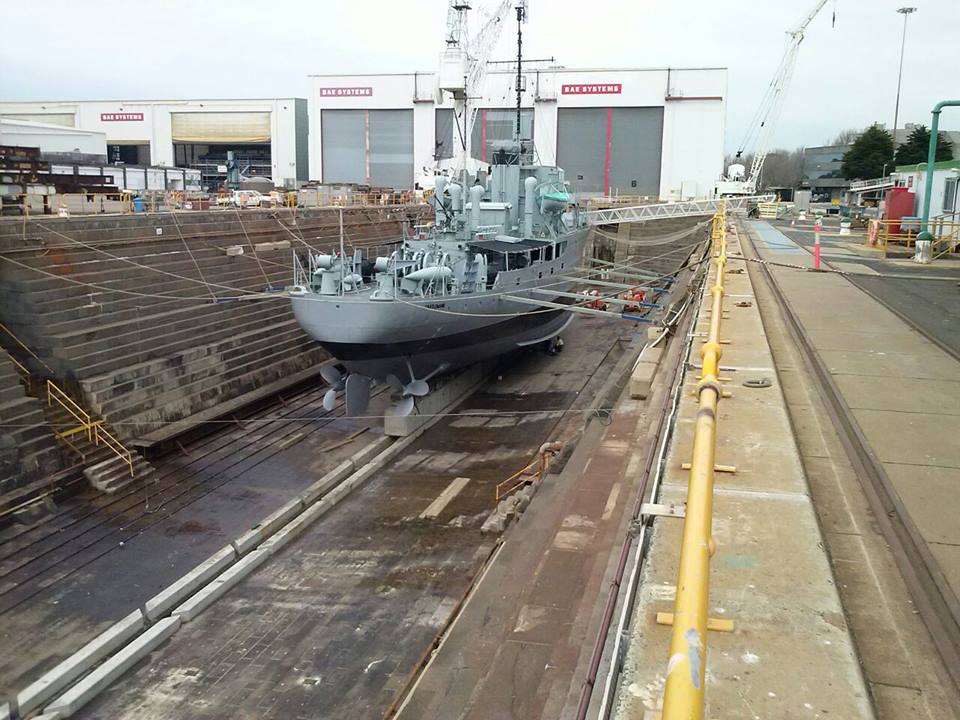 All done and with a lovely paint job 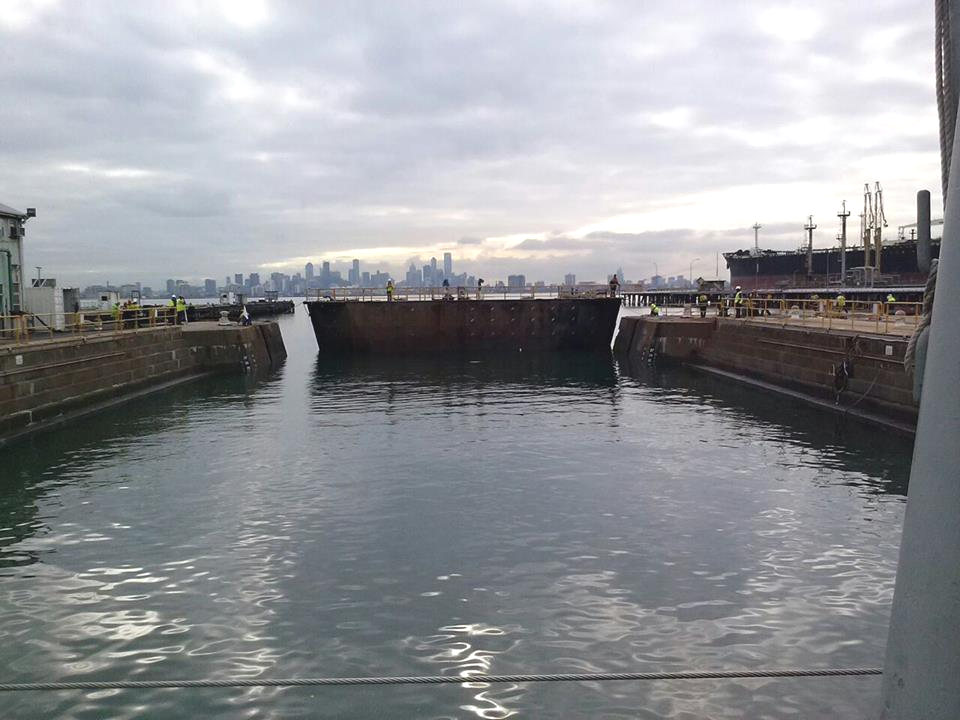 The dock has been flooded and Castlemaine is floating again. The caisson has been pumped out and is being moved out of the way 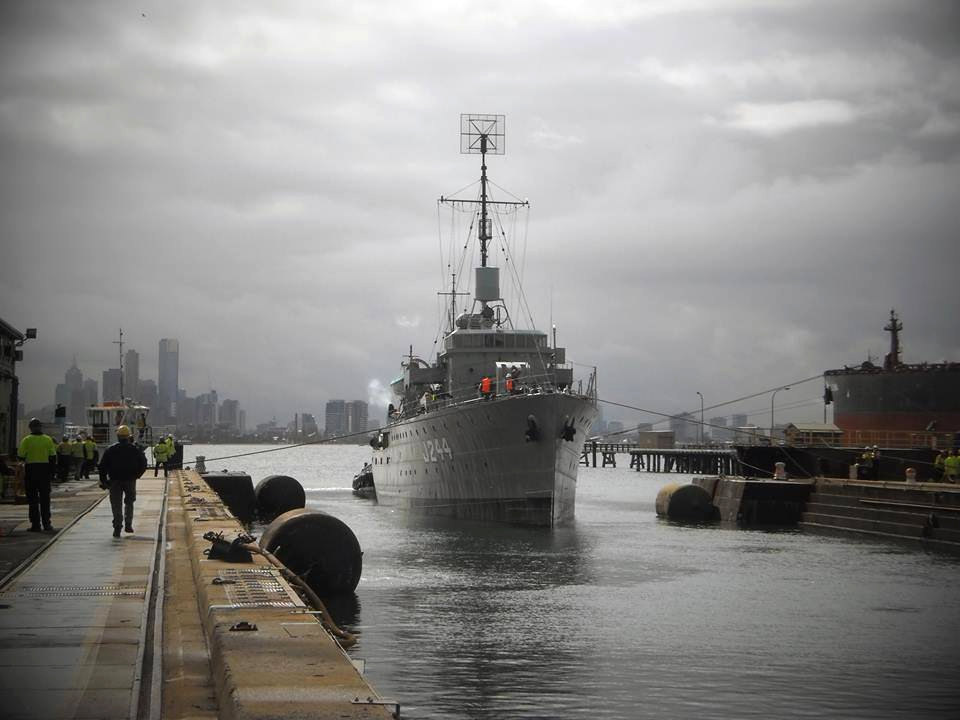 Leaving the dock and on the way back to Gem Pier. An iconic photograph